God wars Dungeon 2 is a newly opened map,you can find something new in this dungeon,new mops,and nice equipment,of course,you can farm Runescape gold in this place , what’s more ,you can do the Runescape power leveling here too, cos the dungeon is a mid-to-high level combat area.

God Wars Dungeon 2 is an epic battleground located deep beneath the sands of the Kharidian desert at a place called the Heart of Gielinor. It is a place where the factions of 4 gods are doing battle. They fight not just for their own vicious rivalries but to claim the precious Anima Mundi source that lies in the dungeon’s depths. Where is the Anima Mundi being channelled? Why would Seren, Sliske, Zaros and Zamorak risk so much to battle here? All will be revealed in time but your best bet is to start here.

The dungeon focussed strongly on boss battles against the generals who are leading their troops through the dungeon chambers.

In order to fight the bosses, you must raise your kill count to the required amount and enter the boss rooms. Special kill multipliers can be activated to boost your progress and your kill count will carry over between logins.

You don’t just have to fight bosses. You can also help factions capture control points dotted throughout the dungeon. In doing so you’ll earn the ability to summon in your own powerful allies to fight alongside you. 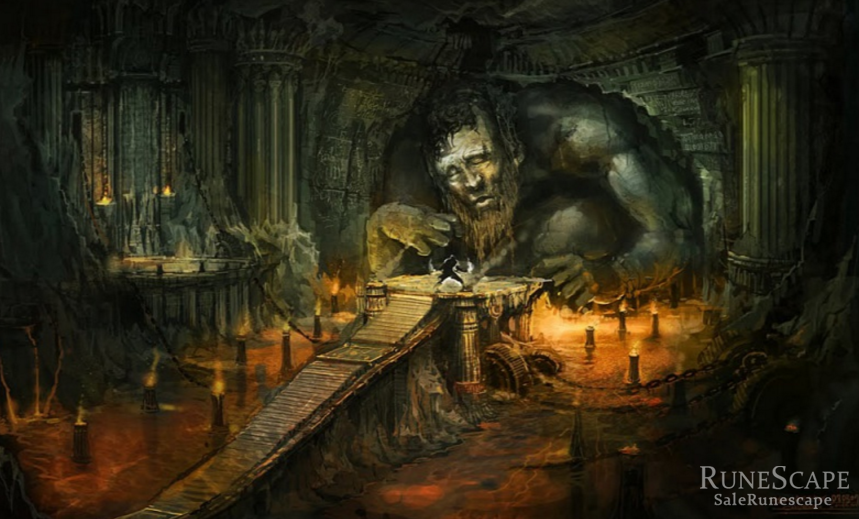 Firstly, defeated bosses have the chance to drop non-wearable dormant armour pieces and their faction’s crest. Combine the crest and a dormant armour piece to create a piece of wearable, non-degrading, level 80 armour. Wearable armour can then be upgraded to degradable level 85 armour with essence gained from the bosses. Each boss’s armour suits a particular discipline - melee (Zaros), ranged (Zamorak), magic (Seren) and hybrid (Sliske).

Secondly, defeated bosses will also drop a weapon with tier 80 damage and 90 accuracy.

The other key reward mechanic for God Wars Dungeon 2 is reputation - a measure of your standing with each faction. Accumulate reputation to unlock the ability to purchase a wealth of special rewards from reputation vendors located near the dungeon entrance. Some rewards are useful, some cosmetic, and some just for fun!

You can max out your reputation with all the factions, you don’t have to align yourself with one in particular. This allows you to be as much of a mercenary as you want! Amongst the reputation benefits (which we will let you discover) will be the ability to upgrade the weapons and armour that defeated bosses drop.

That just about covers the basics of God Wars Dungeon 2. We hope you have fun in this fantastic new combat area!

Finally,i hope you guys can get a big harvest in the dungeon, have a great day!